When it comes to reviewing nurses and disciplining them for violations and incompetence, some are wondering whether state authorities – and current disciplinary standards – go far enough. These critics argue that, all too often, nurses continue to hold their licenses and are able to maintain “clean” records even after they have been disciplined.

The real problem underlying this issue, these critics contend, is that, if problematic nurses are able to keep clean records, it’s far more likely that they will make harmful mistakes and oversights in the future. That, in turn, may be putting patients at a significant risk of suffering serious – if not possibly life-threatening – injuries.

A Closer Look at Nursing Standards in New York 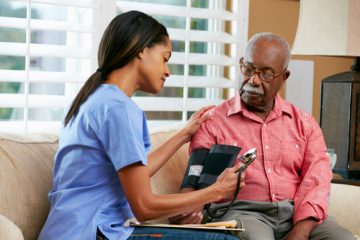 Many states throughout the U.S. require that nursing professionals undergo background checks and submit fingerprints in order to determine whether they have a history of issues like (but not necessarily limited to):

New York, however, is not among these states. In fact, in the state of New York, there are not any requirements regarding background checks or fingerprinting for nurses.

Compounding this issue is the fact that, in some cases, it can take years for nurses to be disciplined and penalized for providing incompetent care, stealing drugs, abusing patients, or committing other reckless, careless or negligent acts.

Is the New York Nursing System Breaking Down? One Review Says ‘Yes’…

A recent review1 of hundreds of nursing disciplinary reports, arrest records and court filings in the state of New York indicates that New York’s disciplinary system is in big trouble. Specifically, this review found that:

It remains to be seen whether these findings will spur action from legislators, regulators and public safety officials to try to enhance New York nursing standards and disciplinary oversight. As more news about this issue becomes available, we’ll bring you the latest updates here, in a future blog.

In the meantime, tell us what you think about this issue and above findings on Facebook & Google+.

If you or someone you love has been harmed by nursing negligence or any form of medical malpractice, contact medical negligence lawyer, Charles N. Rock to find out more about your rights and recovery options.

1This review was conducted by Propublica, a non-profit, independent investigative newsroom.