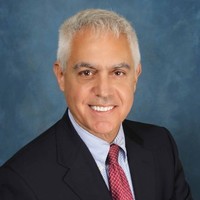 Kingston, NY personal injury attorney, Charles, N. Rock, Esq., began his career as a medical malpractice defense lawyer, but quickly discovered that there are too many situations where people who are victimized by the negligence of others do not have access to quality legal representation. For a free case evaluation, please call Shafran & Rock, PLLC, at 845-566-9200.

Newburgh injury attorney Shafran & Rock, PLLC personally handles every accident and malpractice case at our firm and limits the number of cases we accept so he can concentrate on getting results for people who have suffered serious injuries due to these and other injury cases:

Accident Attorney in Kingston, NY – Charles Rock has earned the status of Diplomat in the American Association for Justice, National College of Advocacy. Mr. Rock believes in trial by jury because no one can speak for the conscience of the community and deliver justice better than the community itself, through its jurors.  Mr. Rock dedicates his workday to advocating for those who’ve suffered serious personal injury and losses through the negligent actions and bad choices made by others.  Our most precious possession is our health – when someone takes any of that away, the law provides the only remedy mortals can bestow, money commensurate with the harm.

Charles Rock, son of a physician who specialized in otolaryngology (ear, nose & throat) became a lawyer believing that all doctors practiced their profession like his father, that is, with care, compassion and total dedication to their work. But within a short time of working for one of New York City’s most powerful medical malpractice defense firms, Bower & Gardner, he quickly realized that few people receive that level of care and compassion. He saw firsthand that when doctors fail to conform to the minimum standards of their profession then the consequences are overwhelming, destroying the livelihood, health, and happiness that the patient once had, causing tremendous suffering for the entire family.  Even more disturbing was seeing firsthand how some, but not all, doctors and their insurance companies will go to great lengths to prevent the truth from emerging.  Those lessons gave Mr. Rock the sense to look further and never leave a stone unturned when it comes to discovering the underlying facts and motivations behind his adversaries’ actions.

Our accident attorney now only represents those injured by the negligence of others, whether it is by preventable medical errors, automobile collisions, worksite injuries, premises liability or others. He accepts accident cases after closely and carefully scrutinizing the merits. The Law Offices of Charles N. Rock, PLLC pursues only meritorious claims with substantial injury and works vigorously for their clients. The Law Offices of Charles N. Rock, PLLC believes that by doing so we improve the quality of life and safety in our community.

Accident attorney Charls Rock practices also in toxic tort litigation, particularly representing children adversely affected by lead poisoning. This silent toxin causes far reaching consequences with lifelong disabilities, harming the brain of the young developing child, an injury which prevents that child from fulfilling his or her God given potential.

Mr. Rock has earned many verdicts and settlements in excess of one million dollars.