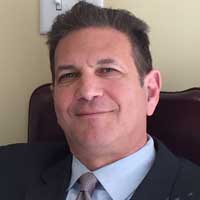 Newburgh injury attorney Shafran & Rock, PLLC personally handles every accident and malpractice case at our firm and limits the number of cases we accept so he can concentrate on getting results for people who have suffered serious injuries due to these and other injury cases:

Accident Attorney in Kingston, NY – Howard earned his bachelor’s degree from New York University and then earned his Juris Doctorate from the New England School of Law/Harvard Law School in 1983 after which he held a Clerkship with the Hon. John M. Forte of the Massachusetts Supreme Judicial Court.  Howard was admitted to the Massachusetts bar and the District of Columbia bar in 1984, the New York State’s Bar in 1985, and the Qualified Bar to practice in the State of Israel in 1987.  Howard has also been admitted to the federal district courts in California, Michigan, Ohio, Massachusetts, and New York. Howard is admitted to practice before the United States Supreme Court since 2007.

Soon after graduating law school, Howard was scouted for and ultimately recruited by the high profile Criminal & Civil law firm of Bailey & Broder (F. Lee Bailey and Aaron Broder) in New York City as an associate trial attorney prosecuting, among other cases, wrongful death cases for victims of international airline crashes (including the 1983 Korean Airline Disaster flight 007 over Sakhalin Island,  Russia, the 1988 Pan Am bombing over Lockerbie, Scotland, the UAL flight 811 disaster over Honolulu, Hawaii, and 1992 USAir Flight 405 disaster at LaGuardia Airport, which cases he took to a verdict).  He was co-lead counsel on several federal multi- district litigation cases including the Amtrak derailment cases in Batavia, New York and the Legionnaire’s cases against Carnival Cruise Lines.

In 1994 Howard formed his own law partnership in New York City focusing on plaintiff personal Injury, medical malpractice, product liability, civil rights and employment litigation.  During this time Howard also handled, to decision, several cases before the federal mediator Kenneth Feinstein concerning the September 11th compensation fund.  One of his cases achieved the highest award in the income bracket for a modest wage earner at Windows on the World.  Howard was also an adjunct instructor teaching trial practice at St. John’s Law School from 1996 to 1998.

After 35 years as a practicing lawyer, Howard brings to Shafran & Rock extensive experience in all areas of personal injury law, civil rights and criminal defense.