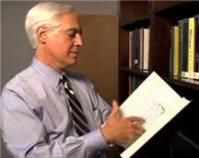 Wrong Site Surgery – A Vietnam Veteran working as a barge captain on the Hudson River developed an occasional bleed when he coughed (hemoptosis).  His diagnosis was a benign tumor (carcinoid) in his left lung.  His surgery was scheduled as the first operation after a long holiday weekend, with the operating room fully booked for that day.  When the doctors had to re-do his pre-operative testing because it had been misplaced, the surgeon and staff rushed to stay on time.  In his hurry, the surgeon was grossly carelessness and removed the wrong lung.  Then, in an attempt to hide his malpractice, the surgeon then lied to the plaintiff, telling him that there was a more serious tumor on the side that he operated.  The surgeon perpetuated his deceit when he altered his office records to try to justify his “medical judgment”.  Mr. Rock was able to prove that the records were altered by forensic document examinations which showed the after added portion as clear as day.  He also proved that the malpractice was extreme.  He was able to convince the State to investigate the doctor’s conduct which a resulted in the doctor’s license being taken away.

Defective Seatback Design – Wrongful Death – 19 year old soon-to-be father was killed when ejected from the front passenger seat of a Japanese car in which the seat-back failed on impact.  The young man “submarined” under the seat belt as the seat-back collapsed in a high speed impact, sending him through the back window.  The investigation proved that the welding was insufficient to support a foreseeable impact.  A settlement was entered into that will support the newborn child throughout college with additional lump sum payments.

Undiagnosed Bone Infection leading to above the knee amputation:  This volunteer fireman fractured his leg in the course of field training.  His fractured tibia/fibula was repaired by open reduction surgery with hardware implantation.  When the skin did not heal the plastic surgeon and orthopedic surgeon kept cleaning the wound and placing skin grafts until one day a visiting nurse noted the foul smell from the wound and notice something moving under the skin.   On removing the dressing, maggots exited the wound and a workup finally revealed the osteomyelitis that could no longer be stopped and the plaintiff’s leg was amputated above the knee in order to contain the spread of the infection.

Construction Worker becomes paralyzed after an on the job injury to his lower spine leaving him completely functionless from the waist down.  The hospital failed to have the emergency room attending physician evaluate the plaintiff and instead left the plaintiff’s care to a first year resident (doctor in training) who did not understand or appreciate the severity of the symptoms and the limited time within which to treat the emergency situation.

Failure to Diagnose signs of critical cardiovascular disease leading to the wrongful death of a 62 year old woman who presented to her doctor of 18 years, with 2 days of severe chest pain.  The doctor diagnosed acid reflux disease without doing a proper cardiac workup.  The plaintiff died in her sleep that evening from a heart attack.  In a vain create an illusion that her misdiagnosis was justified the doctor altered her records to imply that the patient was a heavy alcohol drinker who was non-compliant with doctor’s recommendations.  During depositions the alterations to the original records was proven bringing the case to a swift conclusion.  The family of the decedent was outraged that this doctor would try to sully the excellent reputation of this woman in an attempt to justify malpractice.

Lead poisoning of an 18 month old child caused attention deficit hyperactivity disorder and learning disabilities.  When Anthony was asked by the defense attorney, “Why did you put the paint chips in your mouth, Anthony?” 6 year old at the time answered, “’cause it tastes like cotton candy.”  His high blood lead levels persisted for years after the initial diagnosis.  The landlord was cited on three separate occasions for failure to abate the hazardous condition.

Stroke from a Chiropractor leaving a 32 year old woman suffers a stroke from a high velocity cervical (neck) adjustment by a chiropractor leading to loss of her ability to perform at the high level she always had until the stroke.

The amounts awarded are not mentioned on this website out of respect for the confidentiality and privacy of the parties.

When you choose a personal injury attorney to fight for your best interest, you should consider the attorney’s experience and past results. Attorney Shafran & Rock, PLLC has prosecuted numerous personal injury and negligence cases, and he knows how to plan strategically for your unique case and fight for maximum compensation on your behalf. He also has experience on the other side of the aisle as a defense attorney, so he knows how defense attorneys think.

When choosing an injury attorney, make sure you are choosing one with the experience and dedication to work tirelessly for you. During your free consultation, you can learn more about our attorney and discuss the details of your case. We want you to be confident in choosing Mr. Rock as your attorney. Mr. Rock aggressively pursues compensation for people injured by someone else’s negligence, and he will be at your side fighting for the best possible resolution to your case.

If you are searching for an experienced and aggressive Newburgh personal injury attorney to represent you, please contact Shafran & Rock, PLLC, to schedule a free consultation. Attorney Rock also serves New Windsor, Kingston, Poughkeepsie, and the surrounding areas.