It’s uncertain if distracted driving played a role in the death of an elderly woman or injury to her husband in a head-on accident that occurred at approximately 5:10 p.m. on Sunday, April 3, 2016 on U.S. Route 209.

The crash claimed the life of a 78-year-old woman from Hurley, who was riding in the passenger seat of the car being driven by her husband. 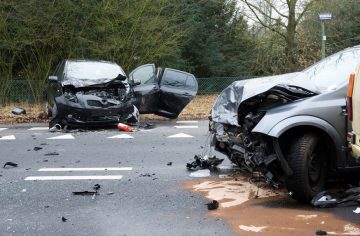 The following is a list of the crash details and possible signs of negligence:

Although the investigation into this crash is still underway, it’s possible that additional evidence may reveal that one of the following forms of driver negligence may have been involved:

If negligence was involved in this crash, the surviving victim may be able to secure damages for (but not necessarily limited to):

Have you or someone you love been injured in a car accident that may have been caused by someone else’s negligence? If so, call a injury attorney, Charles N. Rock at (845) 383-1170 or by emailing us using the contact form on this page. To ensure that you have the legal support you need now, Attorney Charles N. Rock can meet you at your home or a hospital when needed.