Did the FDA Know about (& Ignore) the Continued Use of Defective Scopes for Some Medical Procedures?

Has the the U.S. Food and Drug Administration (FDA) known about the ongoing use of an allegedly defective scope that’s used in nearly a half million common medical procedures every year?

That’s the question some are now asking, as it appears that risky medical scopes are still being widely used across the U.S.

The scopes in question, which are made by Olympus, are used to examine patients’ digestive systems when evaluating whether they suffer from cancer, ulcers, and other ailments. The scope is said to be defective because its design allegedly traps bacteria within the tube, which can result in serious infections.

Even when thoroughly cleaning the scopes between uses, these scopes can reportedly still contain infectious bacteria. Despite the fact that this flaw is known, many hospitals across the nation are still reportedly using this scope in diagnostic procedures. In fact, according to FDA data, this year alone, there have reportedly been at least eight infections and two known deaths related to infections caused by these scopes.

A Closer Look at the Scope of the Possible Problem 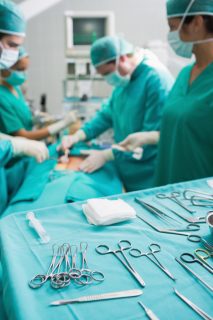 The following provides some of the latest details associated with the allegedly defective Olympus scopes, as well as the FDA’s actions regarding these scopes:

As more news about this story becomes available, we’ll report the latest details to you in a future blog. Until then, let us know what you think about this story – and the FDA’s alleged failures to protect the public from infection – on Facebook & Google+.

If you or someone you love has been harmed by a defective, faulty or dangerous medical device, contact Charles N. Rock an Personal Injury Lawyer in Kingston.  To ensure that you have the legal support you need as soon as possible, Attorney Charles N. Rock can meet you at your home or a hospital when needed.