Google Self-Driving Cars: 11 Accidents to Date, All of These Caused by Other Drivers

Google’s self-driving cars could come out as early as next year, bringing a lot of attention to the recent road tests that Google has conducted with these vehicles. Interestingly, just days ago, Google released a report regarding the progress of these vehicles, noting that “after 1.7 million miles, we’ve learned a lot – not just about our system but how humans drive, too.”

Google Self-Driving Car Accidents: A Look at the Findings 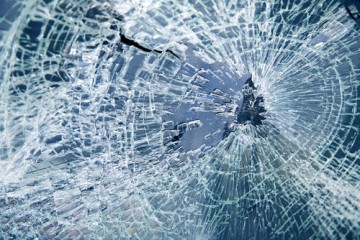 According to Google researchers overseeing these road tests:

Google Self-Driving Cars: Can You Take Humans Out of the Driver’s Seat Altogether?

While the above findings certainly seem promising, some auto industry experts are questioning whether it will truly be possible to take a human out of the driver’s seat entirely. In fact, some have noted that real-world conditions may require the judgment and actions of humans, rather than total reliance on self-driving cars.

A notable example has been the case of pedestrian traffic and vehicles making right-hand turns. While a self-driving car will wait for all of the pedestrians to cross or clear the way, this could mean that these vehicles stay stopped for WAY too long (and maybe indeterminately) at busy intersections. This is where some have suggested that “remote repositioning” may be necessary (with remote repositioning essentially involving someone at a remote computer “repositioning” or “driving” the vehicle).

Clearly, there is a lot to consider with Google self-driving cars – and it remains to be seen how these vehicles will fair in the additional road testing to be conducted.

What do you think about these findings? Would you buy or feel safe in a Google self-driving car? Share your comments with us on Google+ and Facebook.

Have you or someone you love been injured in a car accident? If so, you can turn to Kingston Car Accident Lawyer Charles N. Rock for aggressive legal advocacy and effective help obtaining the compensation to which you may be entitled.

To find out more about your best options for moving forward, contact us today to schedule a free, no obligations initial consultation. You can set up this meeting by calling (845) 383–1170 or by emailing us using the contact form on this page. To ensure that you have the legal support you need now, Attorney Charles N. Rock can meet you at your home or a hospital when needed.