Back in February, it was hard to miss the news of the giant crane that toppled in the middle of Manhattan, which killed a 38-year old Upper West Side resident. That crane also injured a 73-year-old retired businessman from North Easton, Mass., who was a cycling enthusiast and also enjoyed other outdoor recreational activities.

The injured man now requires assistance to get around due to the extensive physical injuries he suffered as a result of the fallen crane. He has slapped New York City with a $30-million-dollar lawsuit.

Details of the Case 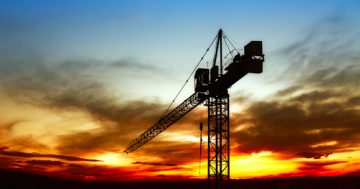 The following details, provided by court documents, reveal more about this case:

Interestingly, in a move possibly related to this case, Mayor de Blazio proposed issuing a ban on the operation of all crawler cranes in winds over 20 m.p.h., and fines up to $10,000 for violations. However, a city work group has criticized that proposal.

Just like filing a personal injury claim against an individual, a city, town, county or state government can also be sued when accidents are caused by negligent, careless or reckless actions.

However, cases against government entities can be a lot more complicated because there are usually a lot of strict rules and steps to follow to initiate one of those claims. Here’s a list of some of those obstacles associated with personal injury claims against a government entity:

Have you or someone you love been injured by another party’s reckless, careless or negligent actions? If so, you can turn to injury lawyer Charles N. Rock for help with your recovery.

Call our firm at (845) 383-1170 or email us using the contact form on this page to set up a free initial consult and find out more about how we can help you.

To ensure that you have the legal support you need now, Attorney Charles N. Rock can meet you at your home or a hospital when needed. Our office is based in Kingston, but Charles N. Rock provides the highest quality legal services throughout New York.