NY among States with Lowest Rate of Uninsured Motorists

Across the U.S., more than 14 percent of all motorists are uninsured, meaning that about 1 in every 7 drivers doesn’t have auto insurance, according to the Insurance Research Council (IRC).

What States Have the Most Uninsured Motorists? 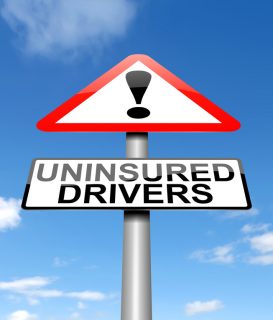 Given that most people choose to forgo getting auto insurance because they can’t afford it, it’s interesting to compare the above list to the list of the states where annual auto insurance rates are the highest in the nation.

In fact, according to Insurance Business America, these states (i.e., those with the most expensive car insurance rates) include:

What You Can Do If an Uninsured Driver Hits You: Option for Compensation

While all of the numbers and info above certainly are fascinating, if you are end up being hit by an uninsured driver, your primary concern will likely be your options for compensation.

In fact, in collisions with uninsured motorists, you can still obtain compensation for your injuries and losses as long as you have uninsured/underinsured motorist coverage as part of your auto insurance policy.

However, with such coverage, you should also be aware that:

This is when having an experienced attorney – like Kingston Personal Injury Lawyer Charles N. Rock – on your side can make all of the difference in your financial recovery.

Have you or someone you love been injured by an uninsured (or underinsured) motorist? Or have you been hurt in any type of traffic accident caused by negligence? If so, contact Kingston Personal Injury Lawyer Charles N. Rock for aggressive legal advocacy and effective help obtaining the compensation and justice you deserve.