Fatal traffic accidents involving emergency service vehicles are especially heartbreaking, since those are the people who are sworn in and trained to care for the very people who get into such disastrous accidents. Well, unfortunately, such was the case of a head-on accident involving a New York trooper on Route 17 near Kirkwood earlier this month.

The State Trooper’s vehicle was hit by the driver of a truck headed in the wrong way on Route 17 east of the Town of Kirkwood. The driver of the red 2013 Toyota Tacoma was pronounced dead on the scene of the accident. No passengers were in either the pickup truck nor the police vehicle, which was a 2009 Chevrolet Tahoe.

Details of the Investigation 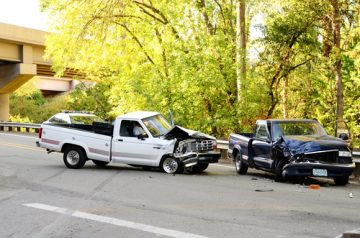 The following are some of the details provided by police reports regarding this fatal truck accident:

Although it appears that the cop in this case was not primarily to blame for the crash, emergency personnel are commonly involved in causing traffic crashes, because they could be speeding toward another incident they were dispatched for. Sometimes emergency vehicles rush through traffic lights at intersections and other motorists don’t always see them, get distracted or fail to pull over.

The following National Highway Traffic Safety Administration (NHTSA) statistics provide an overview of the number of ambulance accidents in the United States over a 20-year period (1992 to 2011):

Have you or a loved one been injured in a truck wreck – or any type of traffic collision? If so, call Kingston Auto Accident Lawyer Charles N. Rock for aggressive legal advocacy and effective help obtaining the compensation to which you may be entitled.

You can set up this meeting by calling (845) 383-1170 or by emailing us using the contact form on this page. To ensure that you have the legal support you need now, Attorney Charles N. Rock can meet you at your home or a hospital when needed.