The truck accident lawsuit filed on behalf of Actor Tracy Morgan has recently been resolved via an “amicable settlement,” according to Walmart Stores, Inc. This case, which named Walmart as a defendant, was filed last year after a fatal truck accident involving a Walmart truck.

While the terms of the settlement agreement remain confidential, a statement from Morgan’s attorney has expressed that he and his family are “grateful that the case was resolved amicably.”

Driver Fatigue, Speeding Were Involved in the Truck Accident 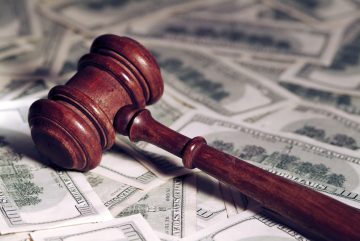 The accident at the center of this now settled case occurred in June 2014 on the New Jersey Turnpike. According to police reports associated with the collision, Morgan and a few others were traveling as passengers in a limo bus that was struck by a Walmart truck. The accident resulted in a multiple-vehicle collision that ended up:

During the investigation into this truck accident, the Walmart truck driver reportedly:

What are your thoughts about the settlement in this truck accident case? Share your comments and opinions with us on Facebook & Google+.

Have you or someone you love been injured in a truck accident? If so, you can turn to Charles N. Rock, injury attorney, for aggressive legal advocacy and effective help obtaining the compensation to which you may be entitled. For nearly 20 years, Charles N. Rock has been dedicated to holding individuals and corporations alike accountable for injuring his clients, and he will work tirelessly to help his clients secure the compensation and justice they deserve.

With Kingston Truck Accident Attorney Charles N. Rock on your side, you can rest assured that he will personally oversee your case, working relentlessly to help you bring it to a successful resolution.